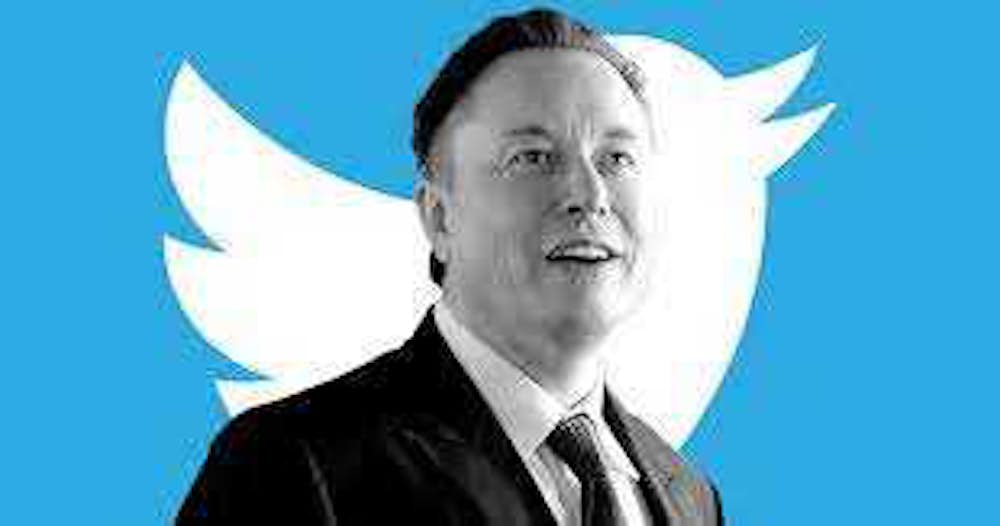 If you haven’t heard, Elon Musk has closed a deal with Twitter to acquire the social media platform for a grand total of $44b. While news of the deal is certainly not new, this story is so compelling that it warrants a deeper dive. Wrapped into one narrative you have the world riches man attempting to “liberate” one of the world’s most powerful and influential social media platforms in the name of free speech, all while leading one of the largest and most cutting-edge companies in the world. The deal may have “closed”, but there is plenty left to unpack in this saga.

Why did he do it?

It is well known that Twitter has been at the center of political controversy over the past few years. At its core, Twitter was created to be a platform that allows anyone and everyone to voice their opinion in a virtual public setting. The intentions of the platform were noble, and the platform was widely adopted and appreciated, acting for many as the best source of up to date, unfiltered news. But like anything else, when people get involved, we tend to mess things up. What was designed as a well-intended social media platform quickly became a place flooded with ill-mannered, controversial content. Those within Twitter felt the need to respond to the problem through censorship. This, as you can imagine, became a massively controversial tactic as those behind the scenes began filtering out content they deemed inappropriate; decisions that those in opposition viewed as a way to limit information that didn’t align with their ideologies. I say all that to say, it’s a messy situation. And I don’t say that to throw anyone under the bus, it’s more of the fact that, having a truly open platform that promotes free speech while also trying to prevent any sort of negativity, without limiting viable content, is an impossible task; just the situation that Elon Musk wants to step in to. Elon’s view of the situation is that Twitter’s censorship is negatively impacting free speech. Musk believes the platform should truly be opened and freed from the control of people behind the scenes, even if the biproduct is an increase in distasteful content or personal attacks. “I hope that even my worst critics remain on Twitter” Musk said in a Tweet early last week. In Musk’s mind, his newfound control of Twitter will allow the platform to function the way that it was designed to, and he was willing to drop $44b to make this happen.

What has been the response?

As you can imagine, the response to Elon’s actions have been mixed, but what is revealing (but probably not surprising) about the mixed response is how divided it has been across political party lines. Democrats have pushed back against the deal citing the action as “a risk to our democracy” by allowing one man to control such a powerful tool. Many democrats have expressed concern that the removal of the internal guardrails would embolden bad actors, which would wreck the platform and drive users away. Republicans, on the other hand, have championed the move by Musk, calling the deal “a victory for free speech.” It has been a popular view amongst republicans that those behind the scenes at Twitter have been abusing their control by filtering out content that did not support their political agenda. Many that make this argument point to the filtering out of the story surrounding information found on Hunter Biden’s laptop as a specific example, a move that Twitter eventually admitted was a mistake. The act of Musk buying the platform has been polarizing, and it will undoubtedly continue to be at the center of the news cycle as each side argues the potential impacts.

While never enacted, Twitter’s attempt to deter Musk from purchasing the company was interesting and a great example of the controversial defense strategies that corporations have at their disposal, so the details were worth including.

In the world of corporate mergers and acquisitions, the act of acquiring companies isn’t always amicable. In the case of the Twitter acquisition, the board of directors feared that, if they rejected Elon Musk’s offer to purchase the company, Elon would forcibly take ownership of the company by accumulating a large portion of outstanding stock, without the consent of the Twitter board (i.e. a hostile takeover). In an effort to deter a potential hostile takeover, the twitter board enacted a “limited duration shareholder rights plan,” aka a poison pill. There are a number of different ways to structure a poison pill, but the main objective, regardless of structure, is to make the acquisition less desirable for the acquiring firm. Twitter’s poison pill was designed to decrease the desirability of attaining Twitter shares through dilution. The terms were such that, if Musk were to accumulate 15% or more of the total outstanding Twitter shares, current shareholders would be given the option to buy newly issued shares at a discounted price. This strategy would flood the market with new shares of twitter stock and dilute Musk’s stake in the company, making it more difficult to accumulate significant ownership. Again, this action was never needed as the board eventually accepted Musk’s offer.

What does the acquisition mean for the shareholders of twitter?

The acquisition of Twitter by Musk is undoubtedly a positive for the Twitter shareholder in the short term. Twitter has been under constant scrutiny from investors for their inability to monetize the platform, which caused their share price to backslide, trading down to the upper 30s in the months leading up to the deal. After the news of the acquisition, the price jumped to the $50 range, which is nearly where it trades today (as of 5/4/22). The 30% bump represents significant appreciation for those who held Twitter before the announcement. The current share price also offers an interesting investment opportunity for those wanting to become a Twitter shareholder. With the current price of $49, the shares are trading at a 10% discount to the agreed upon acquisition price of $54.20. One would expect that they could buy shares of Twitter today and gain that 10% arbitrage. That is a tempting opportunity that will more than likely materialize, but while the deal has been accepted, it isn’t set in stone until it officially closes next year. That is why the shares aren’t trading exactly at the agreed upon deal price. There is still a legitimate (although probably small) chance that Elon Musk backs out of the deal. If that were to happen, that would represent significant downside for those trying to capitalize on the currently discounted shares, as Twitter would more than likely slip back into the upper $30 range. The opportunity to leverage the current discount is intriguing but trusting someone like Elon Musk to do anything by the book may be more of a risk than investors are willing to take.

The most obvious question when considering the potential ripple effects of Musk’s acquisition of Twitter is how Tesla will be impacted. In the days following the announcement of the deal, Tesla shares dropped nearly 13%. While some of those losses have been recovered, it was clear that shareholders didn’t love the acquisition, and understandably so. From a business perspective, its hard to understand how and why the acquisition of Twitter makes sense. There don’t seem to be any obvious synergies that would be created by bringing Twitter into the complexed web of the Musk business empire. Not only that, but as I mentioned above, Twitter has been under scrutiny as management hasn’t been able to monetize the platform effectively, so it is reasonable that Tesla shareholders are apprehensive about Musk paying $44b for a company that is unable to generate significant profits. The financing of the deal is also a concern for Tesla shareholders. $12.5b in margin loan backed by Tesla stock was used to help finance the deal. There is a real fear that if things don’t go as well as Musk hopes, he will be forced to liquidate a sizable chunk of Tesla stock, driving the price down. On top of all that, as brilliant and capable as Musk is, there has to be a point where juggling the responsibilities of so many business tangents becomes too much to handle. One man attempting to revolutionize the automotive industry, inhabit Mars, and now attempting to run one of the largest and most controversial social media platforms in the world leads to a pretty full schedule. Tesla shareholders are worried that this acquisition will further fill Musk’s already full plate and reduce the amount of time he can spend working to grow Tesla. If anyone is able to pull this off, its undoubtedly Elon Musk, but the skepticism on the part of Tesla shareholders is warranted.

The situation surrounding the Twitter acquisition has been and still is very fluid, as proven by today’s developments. As of 5/5/22, Musk has restructured the financing for the deal, most notably by reducing the amount of Tesla shares used to back the loan from $12.5b down closer to $6b after receiving additional outside financing. This is significant for a few reasons. The most notable being that the market views this restructuring as an action that increases the likelihood of the deal being finalized next year. This is evident in the movement of Twitter stock, which is up 2.5% while the rest of the market is down nearly 4%, with the tech heavy Nasdaq down over 5%. Investors believe the acquisition is much more likely and it shows in Twitter’s performance. Another revealing development is that Tesla shares are down over 8% for the day. Some of that is certainly due to the overall market slide, but undoubtedly Tesla shareholders are also seeing the restructuring of the deal financing as a sign that the deal is more likely to stick. Despite the fact that the deal is backed by less Tesla stock, shareholders are still reacting negatively, making it clear that they don’t like this deal.

While Elon Musk and Twitter have reached a deal, this story seems to have considerable runway. What will Musk ultimately do with the social media giant? Will he be able to monetize the business? Will pushback continue from those that are fearful of the deal? How will Musk tie Twitter in with the rest of his business ventures? How will Tesla be impacted by his efforts? All those things remain to be seen, but one thing is for certain, it will be an entertaining ride with Musk at the helm.