What “Game of Thrones” Teaches About Picking Stocks

17.4 million viewers tuned in this month for the final season premiere of HBO’s “Game of Thrones” and I’d hazard a guess that most of them didn’t watch for the dragons or the excellent costume design. Most are watching Thrones to see which characters will survive the indiscriminate chopping block of the series’ legendary author – George R.R. Martin. Martin has a formidable reputation as a world creator who isn’t afraid to bake chaos into his world, famously starting the series by killing off a crucial hero. Through five novels and eight television seasons, Martin has continued to decimate beloved characters with no regard for passionate fans or fairytale endings. As a result, the show is intensely entertaining, with any hero or villain potentially on the chopping block for the next Sunday airing.

All this to say, there is a striking resemblance between the game of thrones, and the game of investing. When it comes to companies in the marketplace, winners can become losers overnight, and current success is never an indicator of future results. Instead of a bearded British author steering the ship, the greed and fear of investors strikes death blows and crowns new kings. And much like viewers of “Game of Thrones,” investors are wise to avoid emotional attachment with a company (or a character), as even the strongest market champions are far from invulnerable. Regardless of the wisdom of emotional restraint, it’s near impossible to watch a show like Thrones and not root for the hero (or villain) you love the most. And in similar fashion, you’d be hard pressed to find an investor who makes decisions totally independent of gut feel or emotional attachment to a brand or a ticker. For many, emotional attachment often feels like conviction, and so we tie ourselves to what is easiest to love.

Fortunately for investors, the ability to research our champions allows for a level of agency that Thrones fans must do without. With preparation and discipline, it’s possible to choose companies that genuinely have better chances at weathering the storms of volatility. Dutiful research allows investors the choice to set aside emotions, ignore the clamoring crowd, and maintain a disciplined approach to decision making. As legendary investor Ben Graham once wrote, “operations for profit should be based not in optimism but arithmetic,” and the sentiment rings truer than ever. Emotional decisions might feel warm and fuzzy, but objective data is the only tool that can cut through the natural chaos of the marketplace.

When it comes to “Game of Thrones,” half the fun is making plot predictions, and it’s even more rewarding when the writing subverts all expectations. As an author, Martin injects a realistic sense of unpredictability into his tales, and beyond entertaining us, his writing can be an excellent reminder to those who invest and speculate in the marketplace. With forethought and restraint, the winds of winter don’t have to feel so cold. 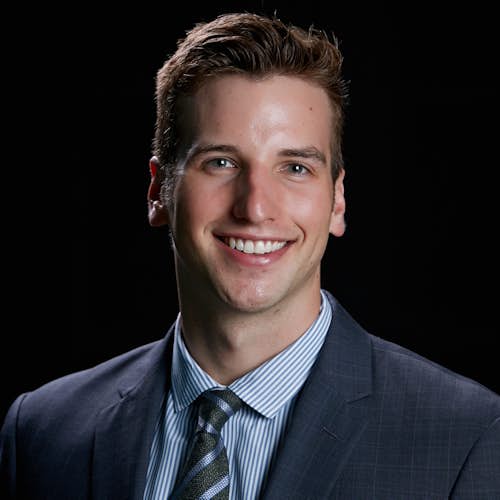 Luke joined Narwhal’s client services team in the spring of 2019 after working as a wrangler on a West Colorado guest ranch. He holds a B.S. in psychology from Davidson College and competed for four years on the Davidson men’s swim team. His role at Narwhal focuses on 401(k) planning and client services. In his own time, Luke enjoys all things related to fitness and the great outdoors.