The New Kids on The Block: The Curious Case of Nikola Corp 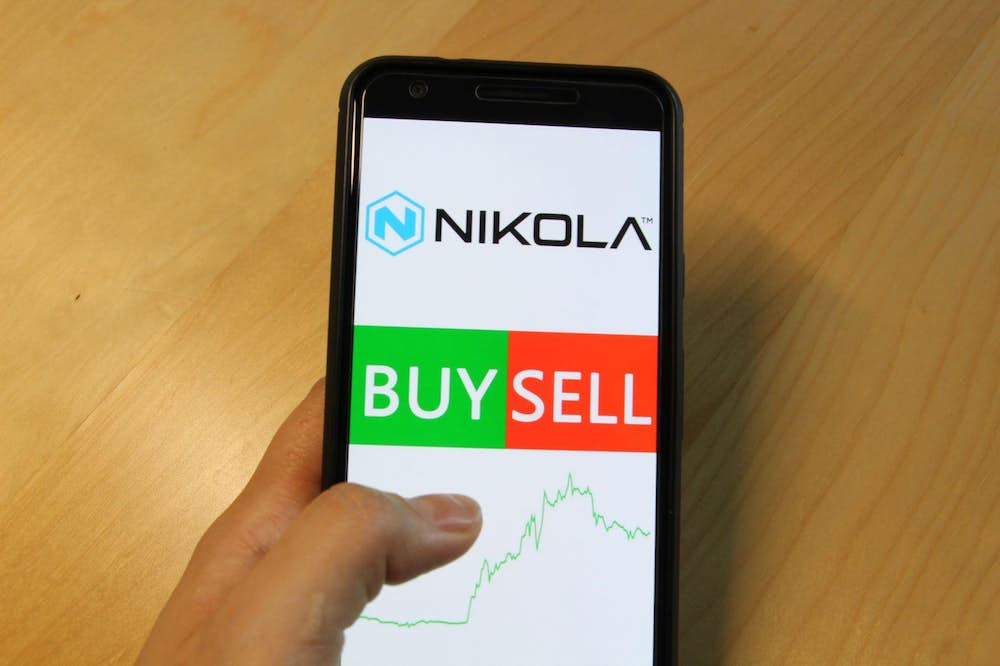 From more valuable than Ford Motors and dubbed "The New Tesla" to fractured, founder-less, and the center of several allegations citing the intentional misleading of investors, the summer of 2020 has been quite a rollercoaster for Nikola Corporation (NKLA). What should be made of the past 3 months and the future of the company? Does any value exist, or are the cracks in the foundation irreparable? We asked analysts Jason Seeb and Vincent Qiao, aka "The New Kids on The Block," to give a little insight on what to make of the Nikola Saga.

1. For the people who don't know much about Nikola, explain a little bit about the background of the company?

Jason: "Nikola was founded in 2014 by Trevor Milton. Their initial prototypes were centered around all-electric technology in semi-trucks, but in 2016 pivoted to add hydrogen fuel cell technology and wanted to make that their focus moving forward. They were working on these semi-trucks with the expectation of rolling out a finished product in 2020 or 2021. Nikola also had plans to build out a fueling station infrastructure themselves. The idea being a network of essentially hydrogen gas stations."

Vincent: "Nikola was basically laughed out of Silicon Valley when they tried to raise money, but apparently the SPAC (essentially blank check companies designed to take private companies public) buyers were much more willing to take on the risk. Again, electric/hydrogen fuel cell technology is the center of their strategy. That tech has been rolled out before in Japan in small numbers, but those vehicles hadn't gained much traction there. Theoretically, it's cleaner than electric cars, but the infrastructure needed to create the network for fueling stations would be a big undertaking."

2. Talk to me about the highs; what led people to get so excited about this company?

Vincent: "Once Nikola announced that they were going to merge with the SPAC, the stock went from $10 to an intraday high of $93 with a close at $79, and that made Trevor Milton a billionaire in the process. That happened during the run when Tesla's stock price was going up 5-10% every day, and people were buying into the new fuel cell hype."

Jason: "One of the big things you heard around Nikola was that this was the next Tesla, and you don't want to miss out on it when it's at $10 or $20. There are a few reasons that the comparison was so natural. The first being the obvious connection between both companies featuring alternative fuel vehicles. The second is the name connection, both being named after famous inventor Nikola Tesla. The third factor, which ultimately came back to bite Nikola, was Trevor Milton's "cult of personality," reminding people a lot of Elon Musk. Those three factors combined with Tesla's run-up at the same time made people not want to miss out on the opportunity."

3. What were the major deals they signed over the summer and early fall that seemed to validate the excitement?

Jason: "One of the deals that gave Nikola a certain amount of validity was the deal with Anheuser-Busch to have Nikola make a certain number of trucks for their fleet, and the other big deal was that General Motors agreed to produce batteries for Nikola, so Nikola gave GM what was supposed to be $11 billion worth of stock for GM to produce their batteries. Two "titans of industry" backing Nikola helped to fuel the fire."

Vincent: "People talk about GM misstepping, but if you read through the 8-k, they are actually getting a pretty good deal; I'm not convinced that the deal will go through completely even though there is talk that GM is trying to leverage Nikola's recent struggles to gain a larger position in the company."

4. How crazy did the valuation get at its highest? I understand that it passed Ford's market cap a week after going public; how did that happen?

Jason: "Nikola hit a market cap of $34 billion valuation, which was about $8 billion more than Ford at the time, which was pretty crazy. The day Nikola announced Q2 earnings, the stock was valued at roughly $13 billion, and they announced that they had made $80,000 in revenue year-to-date. Half of that came from installing solar panels in Trevor Milton's home, which obviously isn't really real revenue, so from a multiple and common-sense perspective, that valuation was off the charts."

Vincent: "Nikola basically has no assets, no revenue, no product, no set management team, no real strategy, so if you think about it, the only accurate valuation metric you can apply to it is cash per share, which is actually around $5, so that's more in line with what it should be trading at per share, maybe even less due to potential future value destruction."

5. What, if anything, did you see that led you to believe that the company's foundation may be flawed?

Jason: "I was dubious about their timeline of trying to invent basically new technologies starting from scratch, and we could see that they weren't hitting those timelines pretty early on."

Vincent: "They really didn't have any foundation at all; the stock basically ran up on momentum, which is never going to be durable long-term."

6. What events ultimately led to the erosion of the stock price?

Vincent: "I think people finally started to realize that Nikola is a company with very little in-house assets or tech. In addition, a notable short-seller published a report detailing that most of their presentations were fraudulent, showing that they didn't have the technology they claimed to have. That accelerated the downfall trajectory that the stock was already on."

Jason: "In my mind, there were really two phases to Nikola. The first phase was when the SPAC was near $10, had just gone public, the ticker changed, and it had its big run-up to $90, and then the bubble burst, and it crashed back down. That was the first phase. The second phase was when the company began to stabilize later in the summer; they were hovering around the $30-$40 mark. Then the short-seller report came out, which took the floor out from under them, crushing any generous assumptions that investors were attempting to make regarding the stock. That was the second phase of the saga."

7. What is the significance of the founder Trevor Milton stepping down?

Jason: "He was a big reason the stock got so much attention in the first place, his twitter account, his willingness to say anything at any time, combined with the space he was in, that got a lot of attention. That being said, I don't think it's the worst thing for Nikola that he left. If you go back and look at some of his previous business ventures, there are many questions about how he ran those. There are multiple examples of him padding numbers and exaggerating data to mislead investors, so it's probably not the worst thing that he's gone, although it did hurt the stock price."

8. Where does Nikola stand now? Is there any value within the company/Any tech that can be leveraged?

Vincent: "I think, again, Nikola is worth their cash holdings, which the last time I checked was around $5 per share, and that's generous. They don't have any tech, so there is no reason to think; otherwise, they are essentially a branding company at this point."

Jason: "That was a big part of that short-seller report that came out. It was making the case that Nikola didn't have any of the tech they had claimed to have, and they were just a brand. Nikola's answer to that didn't really contradict that claim, basically admitting to the fact that they didn't have the tech they claimed to have, making them a compiling and branding company. That's not a bad thing necessarily but doesn't warrant that crazy valuation."

9. Any chance that one day we will see Nikola semi-trucks driving down the road?

Vincent: "I really don't even know what a Nikola semi-truck even means anymore. A Nikola branded semi-truck made by GM with no Nikola tech? I guess as a brand, you could see Nikola trucks, but it's not going to be what Nikola believers hoped it would be."

Jason: "I agree with that, I think the best-case scenario for Nikola shareholders, besides getting out yesterday, is if someone like GM would buy Nikola for the value of the brand, but that's just speculation, not sure that's been talked about."

10. Jason, you are currently working on a pitch for General Motors, who has partnered with Nikola and continues to try and leverage a larger stake in the company despite all that's happened. What is GM seeing in them, and how does this affect your view of Nikola and GM going forward?

Jason: "GM has defended the level of diligence that they conducted. It's important to note that the person who ran the SPAC that took Nikola public and took over as executive chairman of Nikola once Trevor Milton stepped down is Stephen Girsky, a former GM executive. This makes for a natural connection between the two. On top of that, the structure of the deal is very low risk for GM. For that reason, it doesn't really affect GM negatively in my mind, and for Nikola, being connected to a stable company like GM is positive for them."

11. Electric/alternative fuel cars and trucks will undoubtedly play a huge role in transportation and the global economy going forward, meaning that opportunities to invest in these companies, and this technology should be plentiful. What lessons can you two take away from the Nikola saga on how to view the electric car industry and how to find opportunities in this growing but relatively unproven segment?

Jason: "Invest with caution, there is certainly potential, but it comes with more volatility. A lot of times, these companies are pre-revenue or pre-profit and in the prototype stage, and because of the potential, they are priced to perfection, and it's hard to be perfect. Make sure you are doing due diligence, and if you have any questions about them, reach out to your favorite Narwhal representative if you want any advice."

Vincent: "In general, it's probably not a great idea to invest in startups that are purely riding the hype."