The New Kids on the Block: Robinhood, does the app live up to its name? 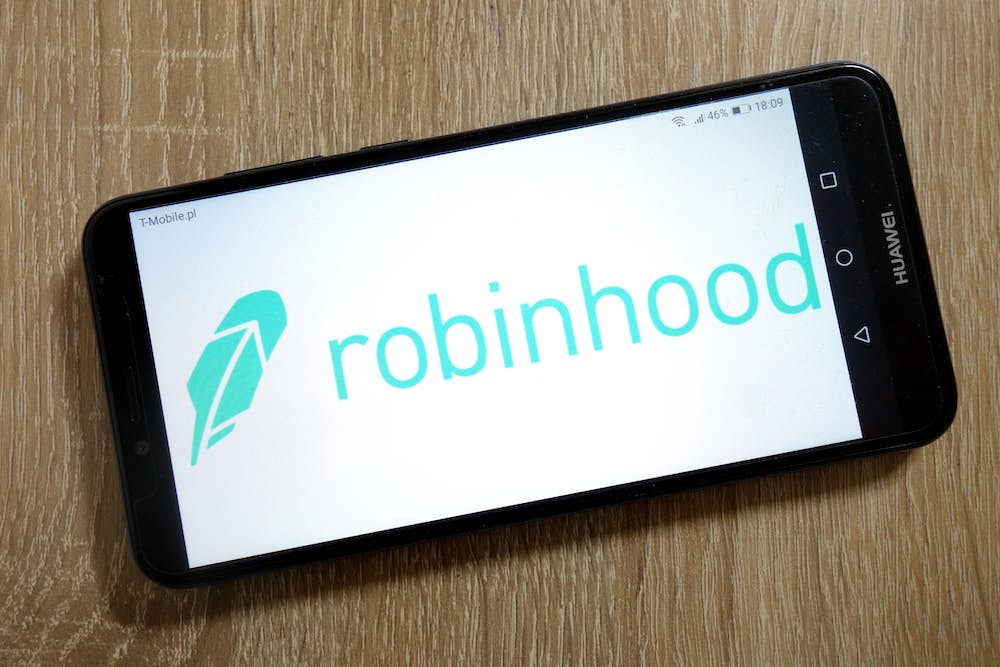 The app-based trading platform, Robinhood, was founded in 2013 and has surged in popularity since its creation. Robinhood was born out of the desire to democratize investing, which has historically been a fragmented industry and accessible only to a more exclusive group of individuals. The app wanted to change that narrative by encouraging all people to invest no matter how much money or knowledge they may have. Commission free trades, fractional shares, and a user-friendly interface allowed Robinhood to accomplish this directive and shake up the traditional investing space. So, should we consider the app a champion for justice within the investing arena that is worthy of sharing a name with the legendary and heroic folklore character, or is there more to this tale that needs to be unpacked? The New Kids on the Block, Jason Seeb, and Vincent Qiao, are here to discuss their view of the platform and its role in changing modern investing.

Most people are familiar with Robinhood, but for those that aren't, what's the app's background?

Jason (Not a Robinhood user): "Robinhood was founded in 2013, and their goal was to democratize investing and make it accessible to those who are not wealthy. The name being an ode to the story of Robin hood "steal from the rich and give to the poor," although they aren't stealing from the rich, just trying to help make the poor more money. Today Robinhood has roughly 13 million users and about $20 billion dollars on the app. Their reputation is that it's mostly millennials that use that app."

Vincent (Robinhood user): "From a product standpoint, it's just a super easy app to use that doesn't have a lot of the technical functionalities that other brokerage platforms often have. It's also pretty low on security; you can start trading on Robinhood pretty much right after you sign up, whereas other broker platforms require you to jump through quite a few hoops. That's a big reason why so many millennials are attracted to the platform."

What inspired the founders to start the company, and do you think they've accomplished what they set out to do?

J: "They wanted to give younger people who they thought were losing money by not investing the opportunity to do so. And I would say they have been successful. There is research out there saying that a lot higher rate of the younger generation is investing today. However, there are dangers that go along with that which I'm sure we will get into."

V: "It's funny because I'm somewhat confident that Robinhood has made Citadel more money than it has made for the younger generation of investors that they set out to help. Citadel is a market-making/higher frequency trading hedge fund that used Robinhood user's trading data to basically front-run the Robinhooders before their trades go through. The information on how much they made from this is not public, but I'm pretty confident that it's a very large number. So it's a little ironic considering what Robinhood's mission was. And that's not to single out Citadel; I'm sure other hedge funds did that as well."

What are some of the positives that have come out of the creation of Robinhood?

J: "One big positive was that they were the first trading platform to go to zero fees, which has since been followed by all the other major platforms like Charles Schwab and TD Ameritrade. They also began to offer fractional shares; they weren't the first to do it, but they definitely helped the idea gain more popularity. And this was a big part of their platform because they were targeting users with less money. These two trends further lowered the barriers to entry for investors, and now these trends have spread through the whole industry."

V: "Ken Griffin [Citadel hedge fund manager] probably made a billion dollars, so that's a positive for him. But really just giving younger investors the opportunity and, quite frankly, the knowledge that investing in the markets is beneficial and puts your hard-earned money to work, I think that's been the biggest positive."

On the flip side, It seems like a dangerous game to incentivize people that don't have a ton of experience trading to start doing so, especially considering the access Robinhood gives it users to options and margin trading. Do you think Robinhood's mission to democratize financial markets is still the goal, or have their intentions become disingenuous?

J: "The founders know who their customer base is. In an interview, the CEO said that 50% of users are first-time investors, and they claim to take that responsibility very seriously. However, lack of education seems to be the narrative for the typical Robinhood investor, and we've seen that there are a lot of risks that go along with that in these volatile times. For most of Robinhood's existence, we were in good times, and those risks weren't as apparent. I've also heard about the idea that Robinhood has "gamified" investing. The app's simplicity and functionality is like playing a game on your phone just trying to make the number go up, and it almost doesn't seem real. When the consequences aren't apparent, you can make mistakes that can have significant ramifications."

V: "From a product standpoint, Robinhood is very easy to start trading on, but they make you jump through a lot more hoops to start trading options or marginal shares. They have many questions that you have to answer. Now the responses you submit might not be verified by Robinhood, but I don't think the app really wants to encourage zero experience traders to buy Tesla calls or something like that, but that certainly can happen. For context, I had to google how to have access to options trading through the app, so either the developers of the app are terrible product guys, or they understand the dangers of letting just anyone have access to the riskier stuff."

How does Robinhood make money? Does this revenue model create outsized risk for the user?

J: "They make money from Robinhood gold, which is a suite of investing tools that you can purchase for $5 a month. The rest of the ways they make money are just like how any other platform makes money: rebates from market makers, income from cash sweeps on idle cash, income from margin trades, and cash management through the Robinhood debit card. So again, they make money just about the same way that any other brokerage platform would."

V: "Robinhood also intentionally routes your trades to where you get somewhat unfavorable execution prices. If you trade on Robinhood instead of Schwab, you see that the Robinhooder routinely gets filed shares that are unfavorable to them price-wise, and Robinhood makes money on that difference."

Follow-up question on that comment Vincent, I've heard that Robinhood will sell the users place in line on an investment so that, in theory, if terrible news came out about a stock and everyone wanted to get out, Robinhood users would have a hard time getting out because their place in line was sold. Is that true?

V: "That's where I was going with my previous comment. It's true, but it's not as extreme as you described. If news like that came out and you wanted to sell right now, you could sell right now. There's a huge button you can press that says "sell now," and it would let you do that, but your shares would be filled unfavorably compared to other trading platforms, so you won't necessarily get a fair price when you got out."

Do you think the perception of investing has changed because of Robinhood's rise? And if so, in what way?

J: "I'd say a little bit. I don't think it's changed the big picture goals of investing, but now instead of the general investor being thought of as an older person just watching their 401k grow, you get more people thinking about younger investors gambling in the market on riskier things."

V: "I agree with Jason. If people are short-term trading, it's always somewhat similar to gambling. It doesn't matter what platform you use or who you listen to for your information, so the increased popularity of short-term trading through Robinhood has made that narrative more apparent."

Do Robinhooders have the influence to affect the market in any way? Do they shake up the traditional flow of investing that has always taken place?

J: I think if you are looking at a large-cap stock, they (Robinhooders) don't really affect the market any more than anyone else on any other platform would, but where that narrative comes from and where it's probably true is when you get a company like Hertz or Kodak with very weak underlying fundamentals that get some headline in the news and all the sudden you see the stock quadruple in an hour while they are in the middle of filing for bankruptcy and if you look at where the trades are coming from, they are almost all from Robinhood, so it's really only on the thinly traded stocks where you can definitely see that effect. And it's not anything unique to Robinhood's technology that causes this; it's because of the users they attract."

V: "So basically high-frequency trading firms have that reality as a new source of alpha [they are going to make money off of those bad Robinhood trades]. But I Echo Jason's point; small caps are by nature more volatile and more susceptible to the Robinhooder effect."