The New Kids On the Block: A deep dive into NFTs 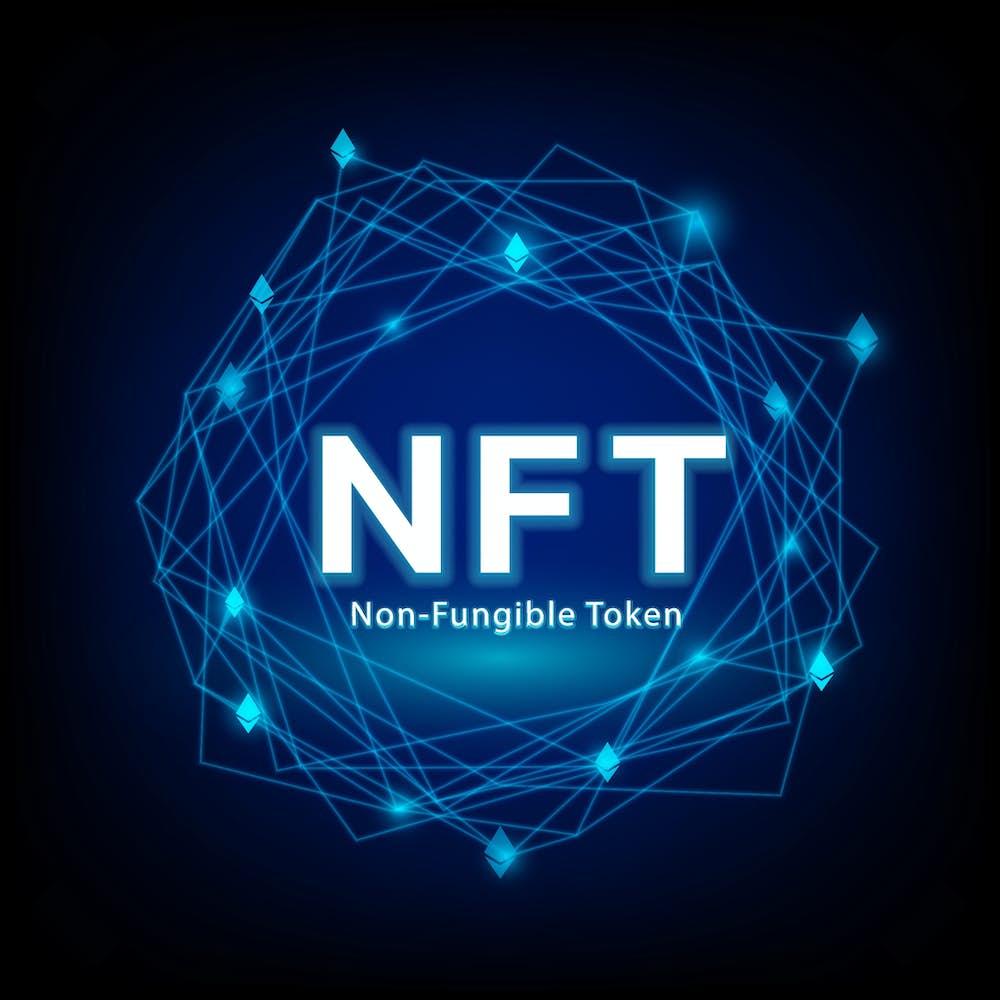 Non-fungible tokens (NFTs) have been a popular topic of discussion over the last few weeks. These confusing and abstract assets have garnered significant attention by many in an attempt to understand how they work and why people are willing to pay such ridiculous amounts of money for them. With the help of analyst duo Jason Seeb and Vincent Qiao, along with special guest and current investment intern JR Martin, we dive into what NFTs are, what they are used for, and whether or not they are valuable. We also learn that Vincent might have a career as an art expert if his finance gig ever falls through.

"The only thing worth collecting is money, and by money, I mean US dollars." – Vincent Qiao

What is an NFT?

JR: "NFT stands for non-fungible token. So basically, they are cryptographic assets on blockchain with unique identification codes and metadata that distinguish them from each other. Unlike cryptocurrencies, they can't be traded with one another or exchanged. I'll break that down a little more. Fungible means that something can be replaced by another identical item. For example, a dollar is fungible, a Bitcoin is fungible since one Bitcoin is always equal in value to another Bitcoin. NFTs, on the other hand, are unique and irreplaceable, so you can't have one non-fungible token equal to another. A token is just a digital asset representing ownership and stored on the blockchain, which is essentially a digital ledger."

Jason: "You want me to explain it to you like you're 5? Something fungible is like a dollar. I could take a dollar from you and give you a different dollar back, and you'd never know the difference and wouldn't care; you'd still have a dollar. Something that is non-fungible is like a piece of art. I couldn't take a piece of artwork off your wall and replace it with a completely different piece; even though they are both pieces of art, they are unique and couldn't be replaced without you noticing and caring. And basically, using this technology, people are able to make unique digital assets (tokens) out of anything they want, and then sell them to other people that think they are valuable."

Vincent: "Well said. I'll add one thing, though. NFTs are built on Ethereum's blockchain, which is what allows them to be unique and unable to replicate, which is where the value is supposed to come from.

When were they created?

Jason: "The first NFTs were released in June of 2017, and they were called cryptopunks. They were 10,000 unique animated figures created using the NFT technology and released to the public for free. Since then, they've gained a lot of value, but they were originally something you could just claim ownership of."

What are some current uses for NFTs?

JR: "NFTs are used to make digital versions of unique items. For instance, there is NFT art, real estate, and of course, NBA Top Shot, which is essentially a digital trading card made out of highlights of NBA players. People buy NFTs for the proof of ownership to be able to claim that they own this unique and supposedly one-of-a-kind item."

Jason: "One thing I'll add about the current use of NFTs is that there are two sides to the coin, if you will when it comes to the use of the technology and the results thereof. As JR mentioned, NFTs have become very popular in the art world. Artists have used NFTs to directly sell their artwork to the consumer, giving them more control over the selling process and allowing them to avoid the need for a middle man. That's been a big benefit to these artists. On the flip side, a lot of people have found it very easy to steal others artwork and sell it as their own because you don't have to go through a verification process when you make an NFT, so there is no way to ensure that you produced the work you are selling. As a result, you're seeing people profiting off works they didn't produce, and there's really not a way to stop it. So again, there are two sides to the coin with the adoption of NFT technology, some beneficial and some harmful."

Vincent: "There's really no two sides of the coin; it's a scam all the way through. No fungible utility can be gained through the purchase of an NFT."

JR: "You can sell them for money, though."

Vincent: "Yes, but that doesn't mean it's not a scam."

Vincent: "Yes, but it's marginally better than NFTs, only because it's tangible. For example, take The Mona Lisa…."

Vincent: "My point is, there's no inherent scarcity for the NFT like there is in intangible art. It's true that the digital identification code that is stored in a database somewhere is unique. However, the output is not unique, so they are worthless."

Jason: "Right, but you could buy copies of The Mona Lisa, obviously not for the same price, but there's still value in the copies."

Vincent: "But no matter how hard you tried, you could never copy art exactly. Especially with an oil painting, the painting's physicalities can never be copied exactly, so the scarcity remains no matter what you did. For an NFT, the bits aren't exactly rocket science to copy precisely; there's no variation between one and the other. Compared to The Mona Lisa, physicality dictates that there has to be some difference."

Jason: "I agree, but what about baseball cards? Baseball cards sell for millions of dollars, and they are all the same. You can find the same picture online. And just to be clear, I'm not trying to defend the ridiculous amounts of money people are spending on these things; I'm just trying to make the case that even the copies of originals have value."

Vincent: "Well, that's true, but most cards of much value are typically very old. My point in all this is that value is created when there's an inherently limiting factor, and NFTs don't have that. I could duplicate any NFT 100% exactly the same as the original, which in my mind makes them worthless."

What has caused them to gain so much popularity recently?

JR: "The push towards more digitization in our society and the crypto and blockchain mania that's been going on, that's been a big driver."

Jason: "The first time I heard about NFTs was through NBA Top Shot. I referenced Cryptopunks earlier but that's so niche that it never gained much traction, but going through a major sports league like the NBA helped propel it into the global conversation."

Vincent: "I'm pretty sure I was the one that brought up NBA Top Shot to the office."

Vincent: "I deeply regret it."

What is NBA Top Shot?

Jason: "It's basically just clips of highlights, some from great moments in NBA history and some from regular average moments. They are backed by the NFT technology where each one has a digital code that makes them unique. And yeah, basically people have started to pay crazy amounts of money for highlights you can find on youtube for free. There would be a more compelling argument for Top Shot NFTs if, by purchasing one, you were to gain ownership of that specific highlight and make money each time it's viewed, but that's not the case."

Vincent: "NBA Top Shot is commissioned and authorized by the NBA itself, but to my knowledge, I don't think there's much the NBA could do if I were to take a bunch of clips from Youtube and build them out on my own NFT blockchain, so the clips themselves would be no different, they just wouldn't be backed by the NBA. The unique tokens would be different, but the clips would be the exact same."

Where do NFTs get their value? (or you could argue that they don't have any value)

JR: "Same way art does, store of value and demand."

Vincent shakes his head in disgust

Jason: "It comes from scarcity. Using the NBA Top Shot example, the NBA could say that they are only making 1000 NFTs of a famous highlight, like Lebron's chase-down block in the 2017 finals, and people would go crazy to be one of the thousand to have an NFT of that."

Vincent: "Little do those 1000 people know, I could download that clip on Youtube right now. There's a certain amount of scarcity for an official endorsement, like baseball cards. The fact that baseball cards are "real" and not just something I printed myself gives them a certain level of value, but I absolutely disagree that NFTs are a potential store of value. In order for something to be a store of value, it has to have stable prices, and the price of NFTs are everything but stable."

What is the most valuable NFT to date?

Jason: "I saw that picture on Twitter last night, for free, it's a cool idea, but I didn't have to pay $69 million for it."

What is the use case for NFTs going forward?

JR: "I think, in the digital age, it will stick around and will be pretty common within digital art and within sports acting like baseball cards."

Jason: "There's no doubt that there is an overexuberance going on right now, but in the long term, I think there's a potential for them to be like any other collectible: stamps, coins, baseball cards. I think the biggest hurdle will be getting over the idea that they aren't tangible."

Vincent: "To me, the concept of collectibles, in general, is dumb. The only thing worth collecting is money, and by money, I mean US dollars."