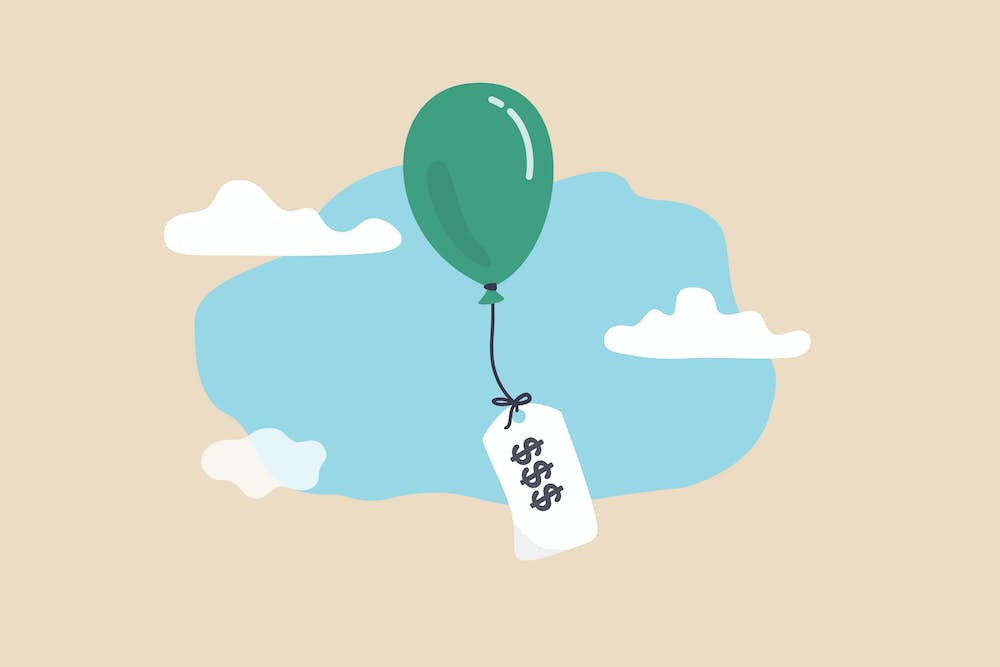 Welcome back to the Narwhal Finance Word of the Week! Today we will be talking about what seems to be everyone’s favorite topic these days: INFLATION!! Unless you are completely out of the loop on contemporary economic issues, which would be shocking considering that you’re currently reading a blog posted by a small wealth management firm, you are aware that inflation is perhaps the biggest hot-button topic in the US right now as it pertains to the economy. This will be more of an economics post than a finance post, so I will apologize up front for the false advertising. Today’s post will be about cost-push inflation: what it is and why it matters.

First of all, for those who stuck around after they learned that this would be an economics lesson, thank you, and I will try my best to be as not dry (wet?) as possible. Cost-push inflation generally happens as a result of increased production costs for suppliers. When the price of inputs (that is, materials that are used in the production of a good) or labor goes up, typically a producer will “push” those increased costs onto the consumer. In other words, in order to make sure that their profits are unaffected by increased production costs, producers will raise prices enough to offset their increased expenses. This way, their profits stay the same because the consumer bears the burden of the higher cost of inputs.

Okay, I’m about to get nerdy on you here for a bit, so hang with me. To understand how cost-push inflation effects the economy as a whole, it is helpful to look at a simple graph: 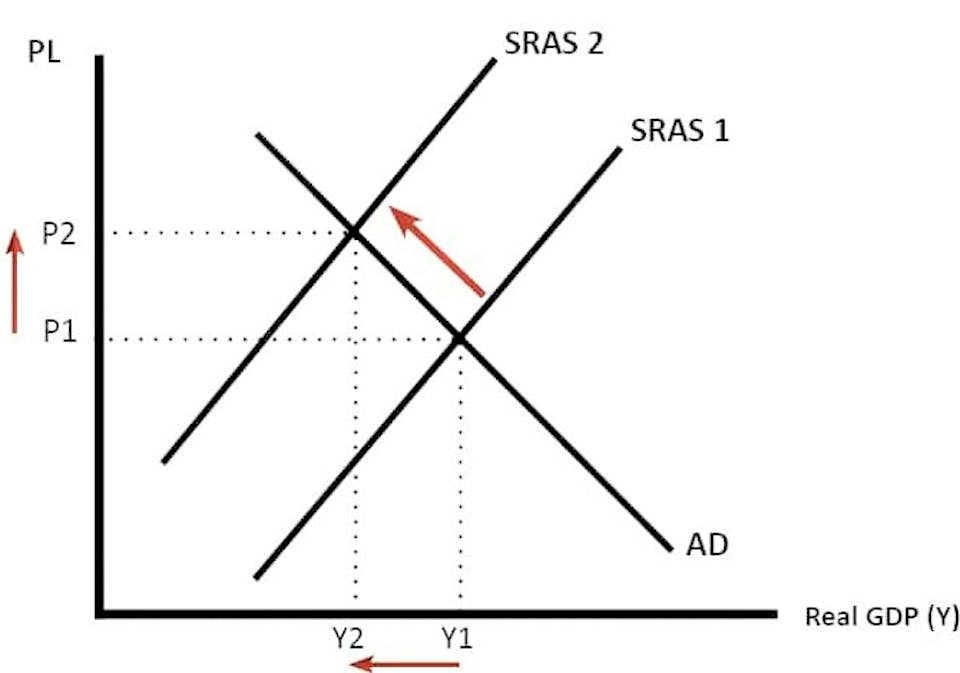 Here we have three curves (or in this case lines) being charted. There is a constant aggregate demand curve (AD) and two short-run aggregate supply curves (SRAS 1 and SRAS 2). On the x-axis is Real GDP, which is the output of goods and services in the economy. On the y-axis is the price level, which will represent inflation. As you may know from your Economics 101 class back in the day, the most efficient production point occurs at the equilibrium, or the point at which the supply and demand curves intersect. The red arrows represent the results of a supply shock in the form of the increased prices in production inputs. Because inputs prices have risen, producers can no longer produce at the same level as before without incurring higher costs. Thus, the supply curve shifts backwards. When input prices rise, SRAS 1 shifts back to SRAS 2. Now the equilibrium point has moved from (Y1, P1) to (Y2, P2). As you can see, at this new equilibrium, output (GDP) is now lower and prices have risen, which causes inflation.

The part of this chart that is naturally the most concerning to most people is the increase in prices from P1 to P2. Understandably, nobody wants to see prices go up so much that they can no longer afford to buy the goods and services that they used to enjoy. However, when an economist sees this chart, the decrease in output from Y1 to Y2 is the scary part. The reason is, if real GDP is decreasing, the economy is slowing. When the economy is slowing, living standards go down. So, while price increases may seem undesirable, the main concern with cost-push inflation for economist lies in the decrease in output that could result in economic recession.

Alright, enough of the nerd talk. Let’s talk about why this all matters. Right now, economists debate whether the inflation we are seeing right now is cost-push inflation or what is called demand-pull inflation. Briefly, demand-pull inflation is the opposite of cost-push inflation and results from producers being able to charge higher prices because people are willing to pay them. Right now, we are likely seeing both cost-push and demand-pull inflation, which makes it difficult to determine what is truly causing the spike in prices. Regardless, cost-push inflation will probably become more of an issue in the next few months. Eventually, companies will either see inputs prices fall naturally, or they will find a more efficient way to produce, but until they are able adjust to the current demand, cost-push inflation will continue to be a factor. When companies adjust, prices will begin to normalize, but until then, expect prices to continue to be high. This inflation pattern is not a big deal to economists, so long as output remains solid. However, if demand does not continue to grow but becomes stagnant or begins to fall, this will result in GDP falling, leading to an economic recession, which is, by far, the worst-case scenario. For those of you who are old enough to remember stagflation in the 70s, it would be similar to that, maybe even worse.

Most economists do not believe demand will fizzle out because the government (particularly the Fed) is hellbent on keeping it afloat. They realize that if demand falters before supply can adjust, the economy will decline, which would be really bad news for everyone involved. This is why the Fed is less concerned with inflation that may prove transitory and more concerned with supporting demand so that the economy will continue to grow.

I hope this post has not been abstract or dull but has helped you gain a deeper understanding of the economy as it relates to inflation. It was a graph, but at least I included a picture this time! As always, thank you for your dedicated viewership, and we hope to see you next week!

This week's shoutout goes to Dr. Vikram Kumar, my Econ 101 professor from Davidson. Dr. Kumar, your semi-impossible multiple choice questions definitely prepared me to write articles such as this. 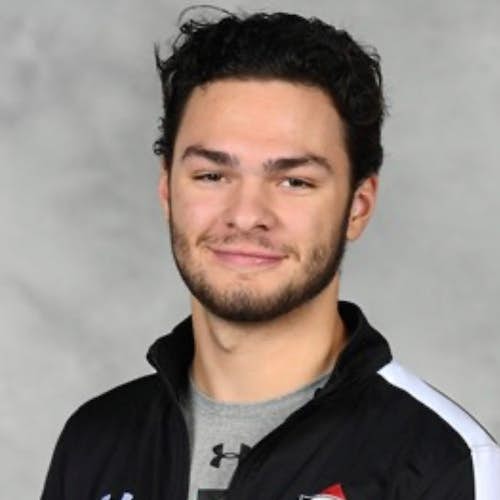 Seth is a rising junior at Davidson College, majoring in economics and competing on Davidson's Division 1 swim team. His work this summer is focused on assisting the client services team.