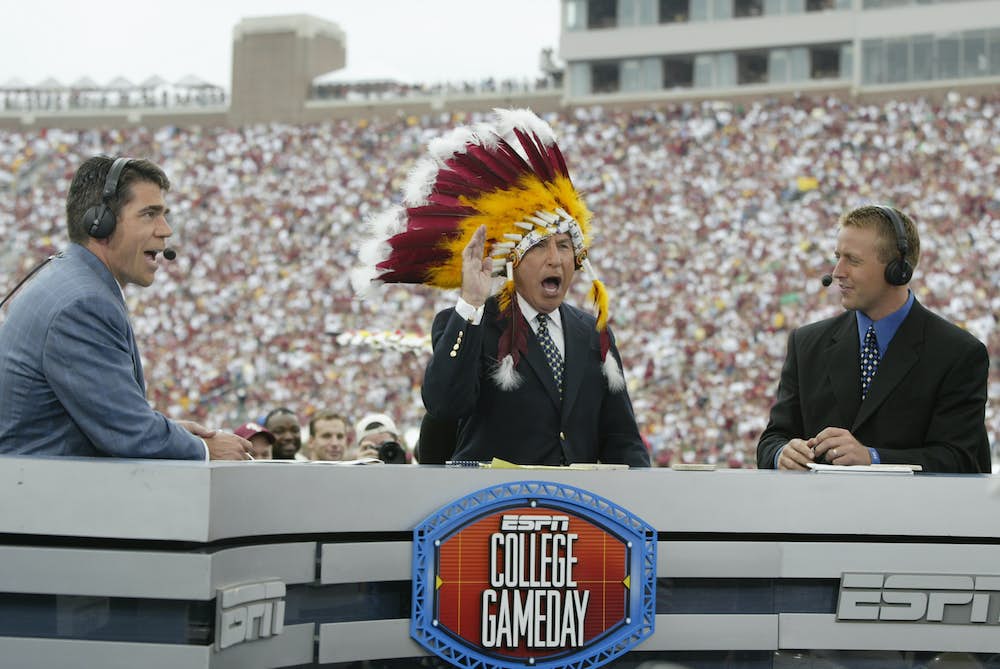 We failed to check in on our college football picks last week, because John is out of town and I didn’t like the standings. Now that two full weeks have been completed, however, I’m happy to report the standings:

As a firm, we’re holding up pretty well all in all. We’ve picked 55% against the spread. If we had bet evenly on all these games (which we would never do because that is not legal in the state of Georgia), we’d be up 5.26%.

How is Week 3 looking? Well, you’ll have to wait for John to get back for a fancy chart, but here’s a high-level view of the office’s picks.

Oklahoma vs. Nebraska: Andrea’s OU team is off to a 2-0 start and shook off Week 1 rust with a convincing 76-0 win over the nation’s 51st state (Western Carolina) last week. The office consensus is taking the Sooners minus 23 points at home against Nebraska.

Auburn vs. Penn State: As John globetrots on his honeymoon and visits unknown places, his Auburn Tigers have paid a touching tribute to him by trotting through teams that are also unknown. The Tigers lead the nation in scoring (61 points per game) and in points allowed (0 points per game) thanks to wins over powerhouses Akron and Alabama State. This is the game of the weekend as a prolific but untested Auburn team tees off against the human embodiment of paint drying (Penn State). The Nittany Lions are favored at home by six points, but the office likes Auburn.

Georgia vs. South Carolina: Melissa’s Georgia Bulldogs remain the second-ranked team in the country and square off at home against the ever-pesky South Carolina Gamecocks Saturday night. This game really comes down to one question: Can the mighty Fighting Chickens score an offensive touchdown? It took them over 44 minutes to score against the revered East Carolina defense last week. Georgia has not allowed an offensive touchdown all season. In a shocking and potentially foolish move, the office likes South Carolina to cover a 30.5 spread as an underdog.

Ole Miss vs. Tulane: Don’t look now, but Andrew’s Ole Miss Rebels (his home team away from home) are ranked 17th in the country and have out-scored opponents by 28 points per game. QB Matt Corral is accounting for over 375 yards of offense and 3.5 TDs per game. The office likes Ole Miss -14.5 at home.

Clemson vs. Georgia Tech: The Clemson Tigers take on the alleged football team from Georgia Tech this week. The Yellow Jackets are 28.5 point underdogs on the road. The office is taking Clemson.

Texas vs. Rice: Confirmed. Texas is not back. An embarrassing loss to Arkansas last week made that abundantly clear. But can the Longhorns cover a 24.5 point spread at home against the most important food crop of the developing world (Rice)? The office says yes.

Alabama vs. Florida: Florida head coach and noted quarterback guru Dan Mullen once against seems to be mismanaging the quarterback position in Gainesville. To date, he’s stuck with Emory Jones, a guy who doesn’t seem to be very good at quarterback. Meanwhile true freshman Anthony Richardson has accounted for 467 yards of offense and four TDs on 11 passes and 11 rush attempts. He pretty clearly seems better, but it probably won’t matter against Alabama (a 14.5-point favorite). Our pollsters overwhelmingly chose Sam’s Crimson Tide in this matchup.

Michigan vs. Northern Illinois: For some reason we let an Intern (Tucker) do this, and for some reason he picked Michigan as a team we would be forced to cover all season long. So here we are, talking about Michigan and Northern Illinois. What is happening? The office thinks NIU will cover the 27-point spread as an underdog, but that might just be to spite Tuck.

Kennesaw State vs. Wofford: Natalie’s Kennesaw State Owls travel to Wofford for a matchup with the Terriers. Oddly enough, the Owls have been unable to move through the air this season (two quarterbacks are a combined 12 of 19 passing for 183 yards), but the ground attack is quite potent. The office likes the Owls in a game that has no spread.