Q2 2021 Macro Presentation: The Tale of the Kraken 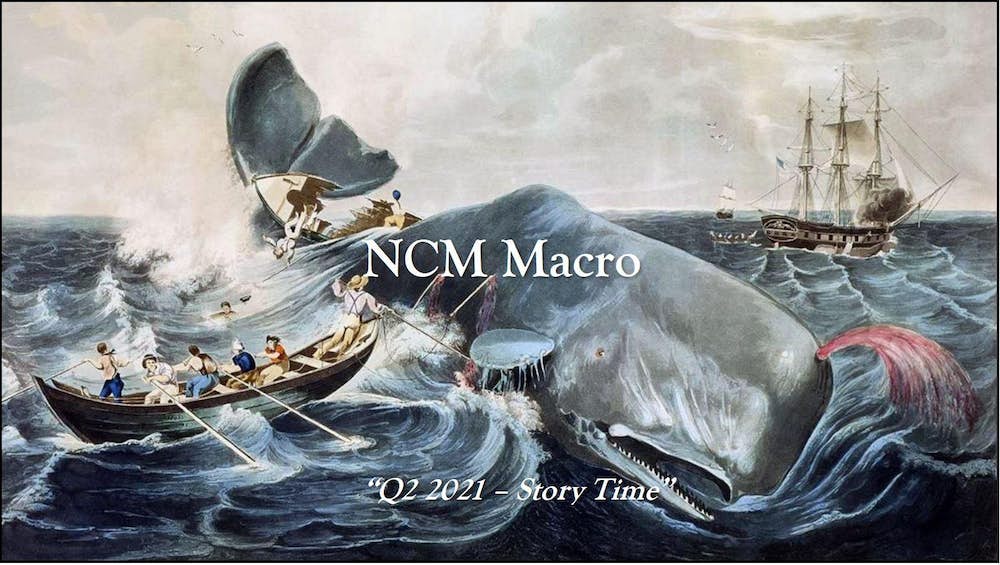 Follow this link to read a PDF version of our Macro Presentation: 2Q21 NCM Macro

Follow this link to listen to our Macro Presentation on Spreaker: Spreaker

The recipe for a good story is timeless. A good story has suspense, uncertainty, conflict, and if the writer is a good businessperson intent on selling sequels down the line, a resolution that is at least partly incomplete. Stories also have some elements of truth – in order to be compelling, the story must have some element of believability. Even fantasy stories often have believable characters. The reason for this tried-and-true formula is that it sells. People like a good story.

Over the years, this has transcended media – through writing, video, and, increasingly, the news and social media. In order to drive revenue, they must appeal to itching ears, driving viewership and clicks. As a result, the “news” often contains a healthy dose of truth mixed in with all the things that sell – conflict, suspense, and confusion.

We have observed an increase in the amount of “story time” we get from news sources. This is why at Narwhal we are doing our best to lead on education so that you get the facts, the truth, and the real sober implications of what is taking place. We continue with that objective today.

Like any good story, the tale of the Kraken fills the gaps left in the truth with a fantastical explanation for events. The mythical sea monster preyed not on ships but on the uncertainty of what happens to ships lost at sea and what lies beneath the surface of frigid northern seas. On one occasion in 1782, Pierre de Montfort claimed that ten British warships had been attacked and sunk by these giant octopuses. It was later found out that the ships were lost in a hurricane.

We will begin with the narratives. While we trust that these narratives are not new to you, we’d like to explore the real stories behind them, which is generally not as clear-cut, a little more nuanced, and much less calamitous than we may be led to believe.

We will follow with an examination of the two primary drivers for the Federal Reserve – inflation and employment. Specifically, we postulate what areas may be the “new normal” and which are likely to revert back to the old ways.

And we finish with an overview of the markets and our analysis that the stock market is not in a bubble.