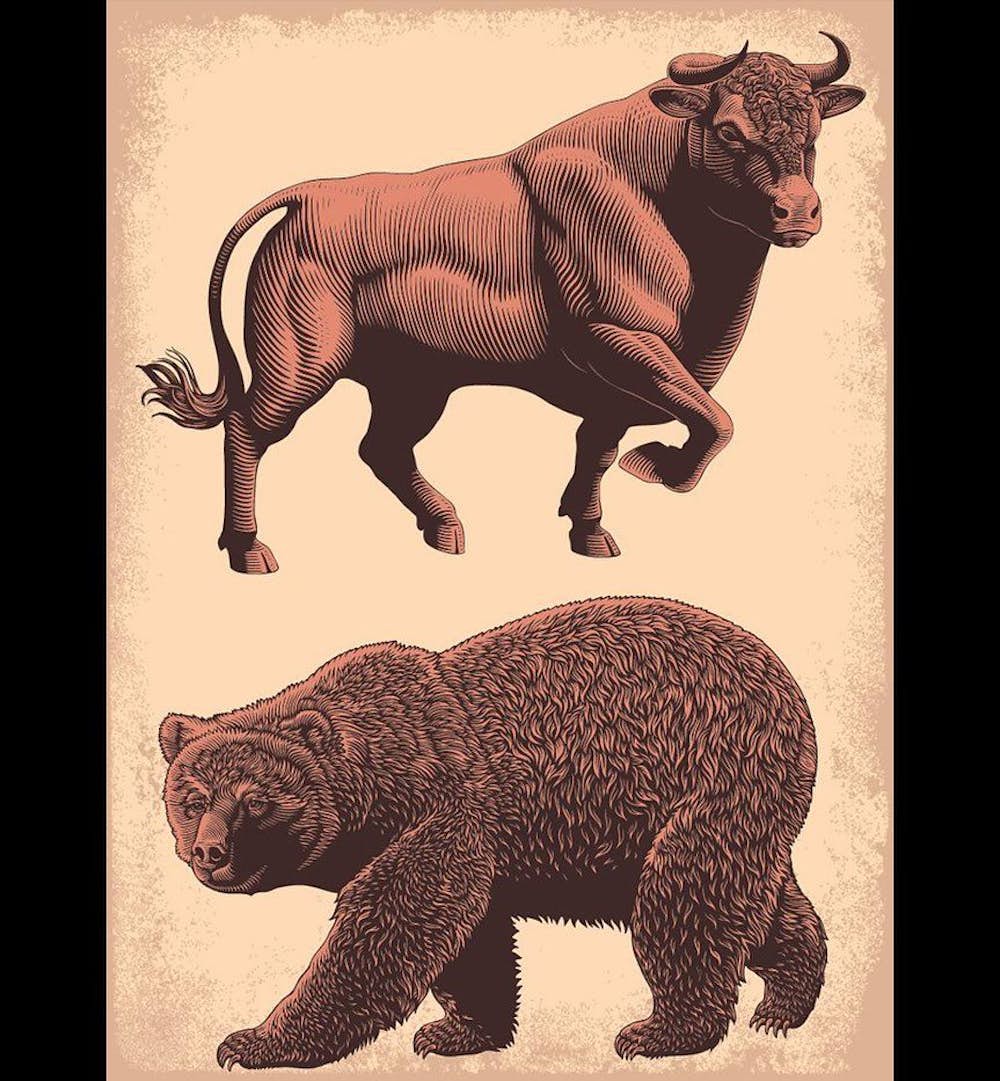 There is a lot of commentary out right now about whether the current S&P 500 run is sustainable or not. We have had the likes of Tepper and Druckenmiller make comments in mid-May about how the stock market was the most overvalued they had seen since the Tech Bubble. Leading up to their comments, the S&P 500 had rallied ~28% off its bottom on March 23rd. However, the market has since run up another 14%, bringing the total return off the bottom to nearly 44%. This unprecedented recovery definitely brings into question how sustainable the recovery is. So, what led Tepper and Druckenmiller to their initial conclusions? At the time, we had a stock market that didn’t seem to align with the devastation of the real economy. To give credit to Tepper and Druckenmiller, we were amid one of the largest real economic shocks in recent history, and yet the S&P 500 was only down ~11% for the year. Druckenmiller had been concerned with easy money over the preceding years, which he feared had led to too much debt in the corporate sector. As such, he believed that we were about to watch the debt bubble burst. However, at the time, we had 5 themes playing out in harmony to prevent mass bankruptcies. 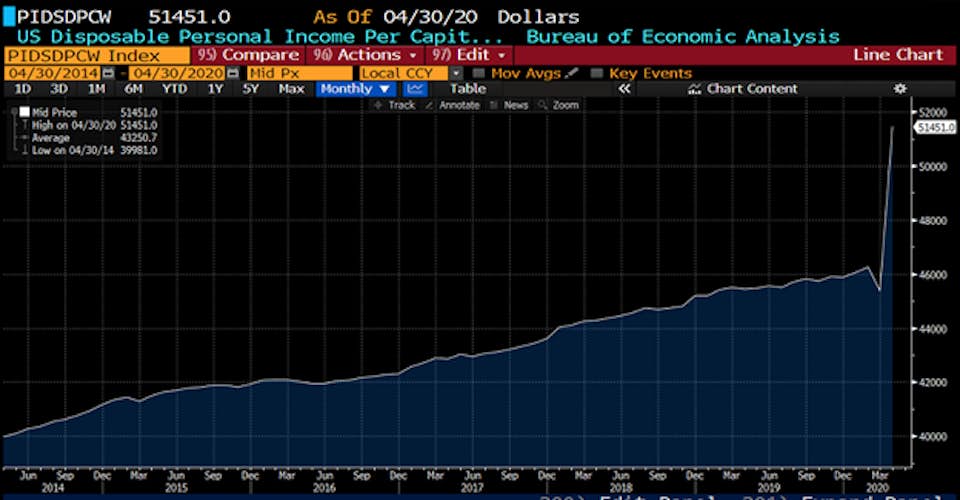 This can also be seen in the significant tick up in the M2 Money Supply:

It’s not hard to see why Tepper and Druckenmiller were skeptical when you perceive the market as simply being propped up by stimulus. In fact, the stimulus could be viewed as simply kicking the can down the road (which is what Druckenmiller thought was playing out due to the easy money policy the Fed employed for so many years). However, by Druckenmiller’s own admission, he underestimated how far the Fed would go. Jerome Powell has repeatedly assured investors that the Federal Reserve would do whatever is necessary to bridge the gap during this recession and that it has more tools that it is willing to use. On Monday, the Fed said it would expand its Main Street lending program by lowering the minimum loan amount, raising the maximum loan limit, extending loan terms, and allowing businesses to defer principal payments for 2 years instead of 1. As such, Druckenmiller said yesterday that he has since meaningfully changed his views of the market, calling out investor excitement about the gradual reopening of U.S. businesses, which he believes will lead to broad outperformance for the stocks hit the hardest in March while technical momentum could carry equities higher. Based on the dialogue of our PM meetings, I think this aligns with our thinking as we begin to dabble in the travel industries and reconsider companies who had serious financial distress such as Boeing. In addition to Druckenmiller’s bullish remarks, we also have improving economic data. Although the data is still miserable, it is improving and has coincided with the stock market rally since March 23rd. We all know about the latest jobs report in which economists predicted a loss of 8M jobs only to see an increase of 2.5M jobs. Although a good sign, this is much more of a lagging indicator, but could still explain some of the recent equity rally. A more real-time view of the labor market is the weekly initial jobless claims report. As seen below, we can see the S&P 500 rally began as weekly jobless claims began to fall.

To emphasize that this may not be circumstantial, we can look back at the Financial Crisis and see the same pattern:

And even further, we can see that the relationship held throughout the last decade’s economic expansion:

Although the threat of a second wave of COVID-19 that might spur a second round of shelter-in-place could lead to increased initial jobless claims, I think the initial shock will be less severe than what we experienced in the past months. This is especially true given the WHO’s recent comments that asymptomatic transmission of COVID-19 is “very rare” (although the WHO walked this comment back by saying they actually don’t know the answer yet due to questions surrounding asymptomatic versus pre-symptomatic). If this is the case, then a second wave of coronavirus could be met with strict rules to stay home if you are sick instead of widespread shelter-in-place. In addition to declining weekly jobless claims, a good sign for the economic recovery is that according to the WSJ, more than 80% of the people who lost jobs during the pandemic expect the loss to be temporary, meaning they expect to return to work within the next 6 months. Additionally, companies such as TGT, KR, DNKN, AMZN, and WMT have posted thousands of job openings. However, companies get lean during recessions, which could lead to slower hiring as time goes on, leading to a choppy, slow path towards a full economic recovery. This indicates staying disciplined when it comes to valuation. It’s easy to take chances based on momentum alone in the middle of a bull market, but it is less prudent during uncertain times. As such, I think it is important for us to remain disciplined on price targets and avoid chasing recent success stories. As outlined above, the tech industry was hit initially as if it was going to be impacted like the rest of the market but then quickly recovered as investors realized that tech companies were somewhat immune. I think we should be careful chasing companies who have had strong performance lately that has gotten them back to where they were pre-pandemic as they are still somewhat exposed to the overall macro – these companies could be trading at higher multiples despite lower growth projections and will have to show that they have earned these multiples at some point in the future. Take ADBE, for example. ADBE is currently trading at an all-time high of ~$397 despite EPS and Revenue growth estimates dropping by about 1-1.5% while their P/E has risen from 33.6 to 40.9. (Not to say we shouldn’t own ADBE, I am just using them as an example. My guess is that analyst estimates might be a bit low, but we might not expect outperformance until we get another quarterly update from management when they update numbers and analysts adjust their models.) In conclusion, it’s not a good idea to bet against the Fed, and we should keep an eye economic data while avoiding chasing valuations. It will be interesting to see what The Conference Board’s Leading Economic Index shows for the month of May when it is published, I believe, June 21st. The latest LEI readings showed a decelerating decline for the Month of April of -4.4% from a decline of -7.4% in March. 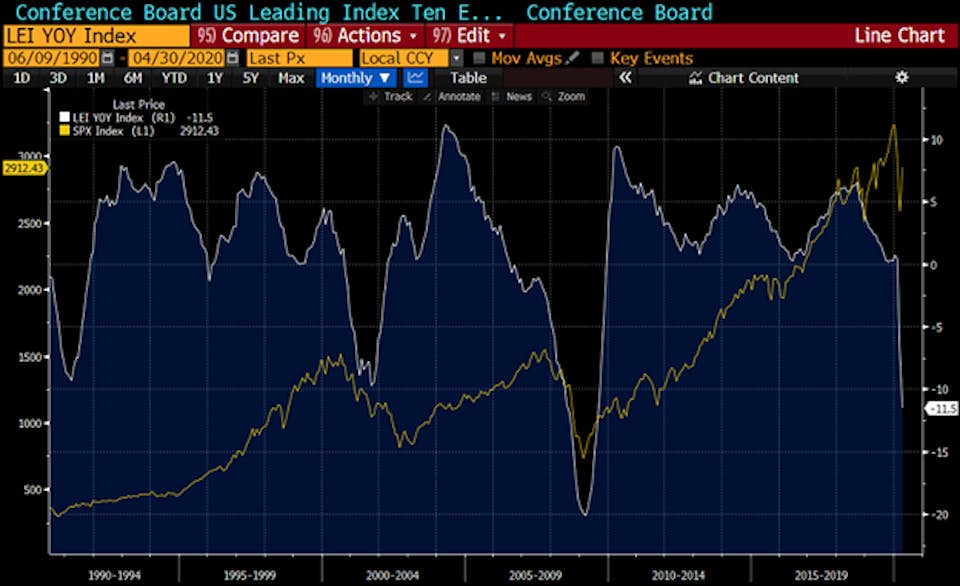 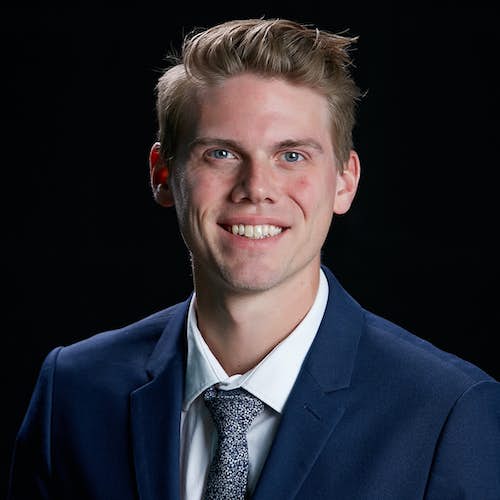 Sam joined the Narwhal team in the summer of 2016 after completing his MBA program at Carnegie Mellon’s Tepper School of Business. Sam earned a B.S. in mathematics from Mississippi State University, where he was a member of the baseball team and a four-time nominee to the SEC Academic Honor Roll.