Could This Be the Beginning of the End of the COVID Saga? 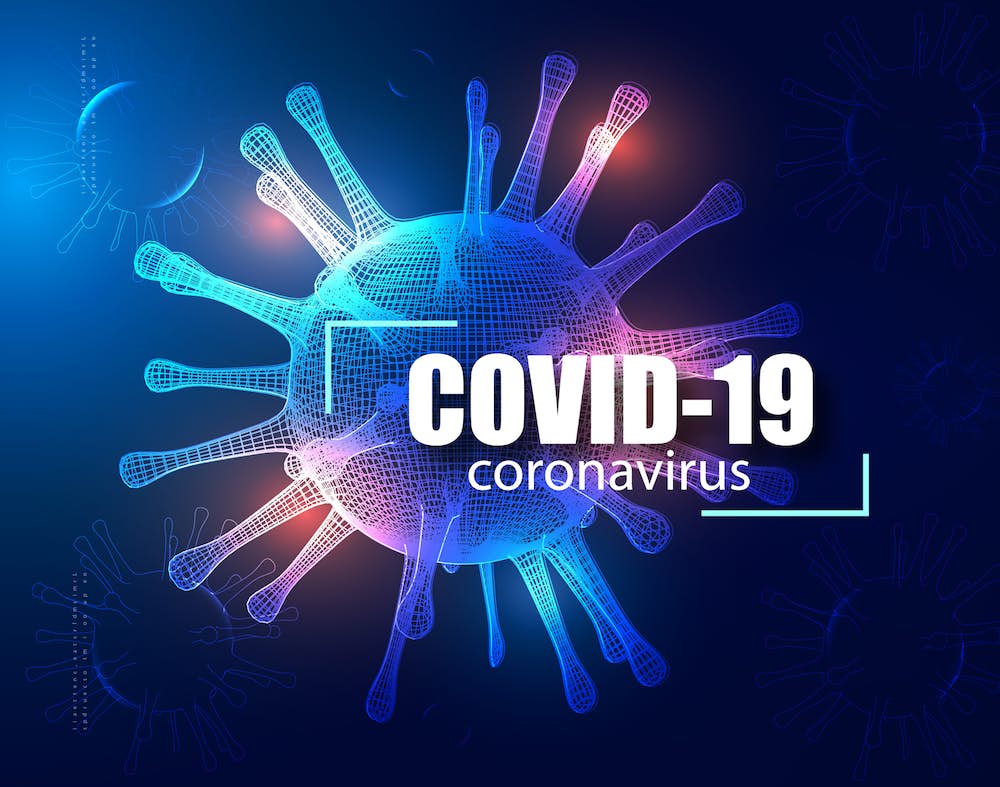 Since the onset of the COVID-19 pandemic, we have all eagerly awaited the day that our lives would return to normal. Many are speculating that, as we unwind from this most recent Omicron wave, the normalcy that we hoped for is right around the corner. Others, however, are still skeptical. We have seen similar points over the last two years that looked as though the worst was behind us, only to have our hopes delayed by the spread of a new variant. First it was the Delta variant in the late summer of 2021 that squashed any chance of a true reopening after the initial COVID waves, then came the most recent wave brought about by the highly contagious Omicron variant, which destroyed the post-Delta variant momentum. Each time, these new variants postponed our final push to full recovery, creating a heightened sense of worry that we may never fully see the end of this saga. Now as we see cases fall again, the question resurfaces; have we reached the end of this story were, while COVID might not fully disappear, we can return to the life we lived before the virus was discovered? Or will that hope, once again, get pushed further down the road thanks to a new twist?

A quick disclaimer, I don’t consider myself an expert on this subject by any means (although I did make a B in my intro to biology class at Auburn, so that has to count for something). I do, however, think I can provide an objective look at where we stand compared to previous points in the pandemic that may have been similar at surface level, with the hope of explaining why this stage of the pandemic could be different. From my view, when looking at the COVID situation objectively, I do think there are some serious reasons to believe that we have reached the final chapter of this story.

We have a much more widespread resistance to reinfection thanks to the high Omicron caseload.

The number of people that have been infected by the Omicron variant is staggering. Over the course of the two-month surge, 30+ million new cases were registered, with single day highs that pushed 1.5 million cases at its peak. That is an unbelievable infection load that dwarfs the number of infections produced by the previous waves. For comparison’s sake, the height of the Delta wave in September saw single day highs of 300,000 cases, which is still a massive number, but nothing compared to the scale we have seen from the most recent wave. Additionally, it is a consensus view that the number of documented cases is not remotely representative of the total number of cases that occurred throughout the population.

Since the beginning of the pandemic, it has been a concern of health officials that not every COVID case is being reported. While there may have been truth to that idea previously, I think there is reason to believe that underreporting was far more widespread in this most recent wave than it ever has been. I tend to think this way for two reasons. The first is due to the newfound availability of at home test kits. Testing at home serves a great purpose by giving individuals immediate results as to whether or not they have the virus, but this trend shortchanges case reporting because those positive tests aren’t added to the official count. The second reason (in my opinion) that reported cases are more than likely underrepresenting the true case load is that people are not experiencing as severe of complications from the Omicron infection. I don’t want to be dismissive of the severity of reactions that countless people have had to the new variant, but it is clear, thanks to vaccines and a more subdued strain, that Omicron didn’t drive as many people (proportionately) to need to receive care. More individuals that contracted the virus were able to stay home and recover without medical intervention and without the need to be tested, reducing the number of reported cases.

Anecdotally, I saw both of these factors play out within my immediate family during the holidays. 8 family members tested positive for COVID on Christmas day or the days that followed. Of those 8 positive tests, all were conducted on home test kits. None of the 8 had severe reactions, thankfully, so no one had any need to get an official test or receive any treatment. Because of that, not one of the 8 cases were reported. I have a feeling that this was commonplace during the height of the Omicron wave, leading to massive underreporting of cases. So while it is impossible to say how many cases we had in the US, I think its a safe bet to say that it greatly exceeds the roughly 30 million reported cases.

While high rates of infection are never good, the reality of the staggering caseload plays an important role when considering how the next phase of the pandemic will unfold. Unlike the previous waves of COVID, the Omicron wave had a high enough infection rate that it should generate meaningful resistance to reinfection (or at least reduced risk of severe reaction) throughout the population. Emerging data claims that those infected with the Omicron variant should experience a strong immune response that will provide resistance, not only to the Omicron variant, but to other strains as well. Studies out of South Africa showed that those infected with Omicron were 4 times more protected from contracting the Delta variant. This doesn’t guarantee that a new variant wouldn’t run through the population in a similar manner to the Omicron variant, but it does provide some reason to believe that individuals would be much more protected from infection and most importantly severe disease because of our broad exposure to the Omicron variant. These findings on improved immunity paired with the unprecedented scale of infections should provide confidence that the population will be much more resilient to the possibility of a new wave, making it much less likely that our way of life would be significantly disrupted by an additional wave of the virus.

The perception of COVID has officially changed.

I believe our changing perception of COVID will have a massive impact on our path toward returning to normal. As of February 14th (the day I am writing this), the 7-day average of daily COVID cases in the US is around 140,000, down dramatically from the January peaks, but still as high as the peak of the wave brought about by the Delta variant. At peak levels of the Delta variant, public officials were reinstituting travel bans, initiating lockdowns, and pushing the importance of masks. Under virtually the same case load just 5 months later, cities all around the US are dropping mask mandates, including New York, which announced last Wednesday that they would not renew their indoor mask mandate policy. That is a massive shift in perception in a short period of time. Some of that shift can be attributed to our increased exposure to and resilience to the virus, and some can be attributed to a less severe variant in circulation, but none the less, the perception has changed, and I see this as the single biggest driver that will push us towards a complete return to pre-pandemic life.

What sort of impact does a sustained reopening have on investing?

It is no secret that, since the market bottomed on March 20th of 2020, stocks have rebounded unimaginably well. While the recovery has happened quickly and efficiently, it hasn’t been completely ubiquitous. There are pockets of the economy, those industries that generate revenue through business activities predicated on large crowds gathering in close proximity, that haven’t completely returned to their pre-pandemic levels. This lag in the recovery of specific industries has led investors to anticipate a “reopening trade” where industries heavily impacted by the pandemic would begin to close the gap with the rest of the market as the spread of COVID slowed and consumers returned to their pre-pandemic activities. This concept isn’t unique to our post-Omicron world, it has been on the minds of investors since the beginning of the pandemic, and in reality, has come to fruition at points during the pandemic. However, each time it looked as though the “reopening trade” was going to hold, a new wave of COVID would pop up and pull industries back down. Southwest Airlines (LUV), for example, was trading back at pre-pandemic levels in April of 2021 after suffering mightily from the initial waves of COVID. Its recovery had broadly played out until the onset of the Delta and Omicron variants, which pulled the stock roughly 20% lower, disproportionately affecting that company compared to the rest of the market. Now, as we work through the impact of Omicron, we could again see investors move into these reopening trades, this time, however, hoping that this thesis has some staying power and isn't again disrupted by a resurgence of the virus.

While it is impossible to predict what will happen moving forward, I think there is a real case to be made that we have finally arrived at the end of the COVID saga. The virus may not ever disappear, and I assume the risk of new variants continuing to pop up is very real, but I think there are reasons to be optimistic that we are in a much different place than we have been in past reopening scenarios, and even if a new strain were to emerge, we would be much more resistant to an economic slowdown because of it. Thanks to a better understanding of the virus, a more resistant and resilient population, and a weaker dominate strain, 2022 might just be the year that we make a full return to the way things used to be.