Could the Success of Spider-Man Paint a Broader Economic Picture? 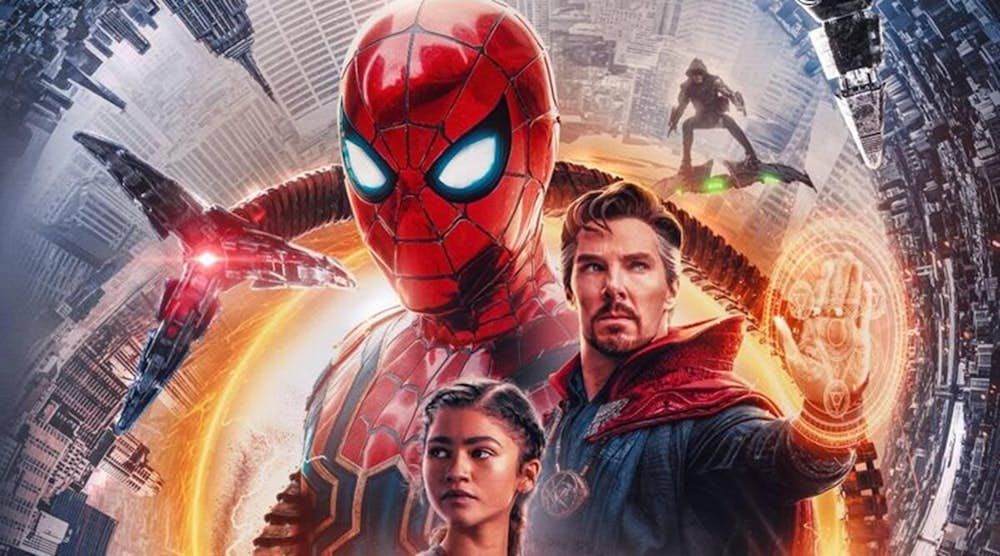 The highly anticipated film ‘Spider-Man: No Way Home’ hit theaters on December 17th and wasted no time making headlines. In the midst of a global pandemic, Spider-Man’s opening weekend earned $260 million nationwide and $600 million worldwide, making it the 2nd largest domestic and 3rd largest global opening ever (without being released in the Chinese market). Just recently, the film surpassed the $1 billion dollar mark, making it the first movie since the start of the pandemic to eclipse that milestone, doing so in only 12 days. These numbers are staggering, but what makes them more astounding is that not only did the movie bring in these numbers during the COVID era, but the movie’s release date coincided with the proliferation of the fast-spreading Omicron variant throughout much of the world. The number of global COVID cases climbed significantly leading up to the release and have continued to do so in the weeks after, yet, this spread doesn’t seem to have negatively impacted the film’s revenue. Why was this movie able to succeed unlike any other released during the pandemic? Does its success, despite the headwinds facing the release, offer any insight that can be applied to other areas of the global economy, the current mindset of the consumer, and the perception of the new variant?

What kind of impact does a film like this have on the companies involved?

A number of companies are connected to this film in one way or another and will reap a much-needed reward from its successful debut, but there are three main players that are worth noting. Sony Group (SONY) owns the rights to Spider-Man’s box office ticket sales (rights that were acquired through a deal with Marvel Comics back in 1999) and should see a significant influx of capital from the film’s theatrical run. The company’s stock has risen roughly 4.5% since the December 17th release (as of 12/30).

Disney (DIS), who now owns Marvel Comics, has the rights to all merchandise sales related to the film, which can result in a significant chunk of change. For context, Spider-Man related merchandise generated nearly $400 million in revenue for the year following the release of Spider-Man 3 in 2007. That movie generated $151 million opening weekend, $100 million less than what the newest installment of Spider-Man was able to produce on its opening weekend. Strong merchandise sales are typically correlated with strong movie performance, so expect the merchandise revenue for this film to be significantly higher than the $400 million generated in 2007. Disney stock is up a little over 5% since the 17th (as of 12/30).

Theaters are obviously set to benefit from such a successful release. AMC CEO Adam Aron said that AMC theaters across the globe saw 7 million guests in the opening weekend. That should translate to meaningful revenue for the theater giant through ticket sales and money spent on concessions. This revenue is a much-needed boost for these companies, but more importantly, it shows that there is still plenty of money to be made in the space if quality product is released.

Not many industries were more disrupted by the pandemic than the movie industry. While studios were able to stop some of the bleeding by releasing content directly to various streaming platforms, revenue numbers were hit hard by limited theatrical releases, a lack of concession sales, and reduced merchandise sales. Spider-Man’s performance offers a shot in the arm for the much-maligned industry, and provides reassurance that consumers are willing to go to theaters if the right movies are produced. While the film industry still has some recovering to do, the success of Spider-Man should offer hope, not only to this industry, but to other industries that were heavily impacted by COVID as well, that money can still be made in this environment. “Spider-man challenging all time, not just pandemic, box office records is a sign that many other entertainment and leisure businesses can soon reach 2019 levels. Spider-Man’s success was, in large part, fueled by nostalgia. Smart businesses can tap into similar emotions to get consumers back on planes, on cruises, and in restaurants. It will take some creativity and excellent execution, but this shows that consumers are willing to spend for a product they are excited about, which is a great sign for industries still searching for a lift during tough times.” says Narwhal Analyst Jason Seeb.

Why was Spider-Man so successful and what does it tell us about the current state of the consumer?

Spider-Man’s success could be a positive sign when considering the current state of the consumer. Despite rising concern over the Omicron variant across the globe, people flooded theaters in the film’s opening weekend. Why were consumers so willing to brave the wave of the Omicron variant? One could argue that the timing of the release worked out in the film’s favor and kept it from being severely impacted by the new variant. The CDC says that by the Saturday of opening weekend (December 18th), 73.2% of all COVID cases in the US were a result of the Omicron variant. While that is a high percentage, the rise in Omicron cases may have outpaced the awareness (and fear) associated with the new variant. Just a week prior to the release, the Omicron variant made up only 12.6% of the US COVID cases. A 60% increase in a week’s time is a rapid rise in prevalence, meaning that the variant could have been a non-factor for many during the days leading up to the release, before becoming a genuine fear for large portions of the population. A release date any later could have dampened opening weekend numbers, but that narrative is weakened by the fact that Spider-Man has been able to sustain success over the weeks after opening. Sales did drop significantly during its second weekend, but the majority of that attrition was a result of the Christmas schedule affecting the typical weekend foot traffic. Outside of that, “the film has held up incredibly well and is seeing a lot of repeat business in spite of the new variant” per an industry insider. So, was the product so highly anticipated that even the spread of the variant couldn’t keep patrons away, or is the consumer’s perception of COVID beginning to change?

We have certainly become more adept at fighting COVID infections. Vaccinations have reduced the likelihood of severe complications from infection, giving people an increased sense of security. Antiviral treatments are going to be available in the not-too-distant future, which should give consumers another layer of protection and increased confidence. On top of that, the new variant seems to be less severe than the previous COVID strains. Preliminary data from a study out of Britain’s Public Health Agency said that those infected with Omicron are “50% - 70% less likely to need hospitalizations than those with the delta strain.” This is incredibly positive news in that it means individuals will see fewer severe complications as a result of infection, but it also leads many to believe that consumers will become more willing to get out and consume like they did before the pandemic. While this increased confidence could have certainly played a role, an additional statistic provides more insight into why this movie was able to sustain success. Spider-Man fanatics span all age groups, but this movie undoubtedly attracts a higher concentration of younger movie-goers. The movie’s target demographic just so happens to be the age group that is most willing to go into theaters in the midst of a COVID wave. Data from a movie theater circuit survey conducted on December 26th shows that 74% of participants under the age of 35 said they were somewhat or very comfortable going to movie theaters right now, while 60% of participants over the age of 35 said they were somewhat or very comfortable going to a movie theater right now. Additionally, as the Omicron variant picked up steam nationwide, the under 35 age group only saw a 1% reduction in this statistic from the week prior (75% were somewhat to very comfortable visiting a theater the week before), while the over 35 age group saw a 5% drop in this statistic (down from 65% the week before), showing that the younger demographic is less fearful and less impacted by rising COVID levels. That younger group is the exact audience that Spider-Man was targeting, and it showed.

The combination of Spider-Man's less fearful target audience and a general population that has reason to feel more confidence in the face of the new Omicron variant may well have been what insolated the film from the affects of this new wave. Will this consumer confidence, specifically with the younger age group, continue into the new year, and more importantly, will it spread to other areas of the recovering global economy? Only time will tell, but for those looking for reasons to be optimistic about the growth outlook in 2022, looking at how well the consumer responded to this film despite the difficult circumstances should at least offer some hope that a quality product still has the power to generate significant profits, even in our current environment.