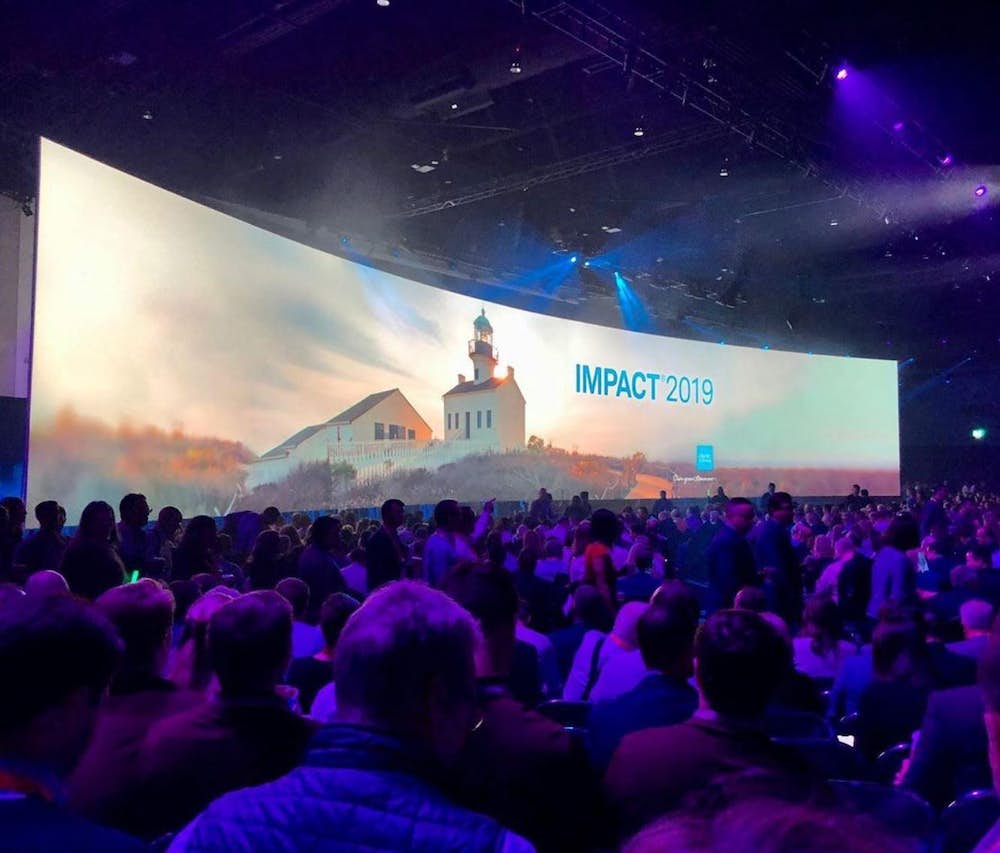 Bernie Clark, the EVP of Schwab's Advisor Services channel, opened the morning with enthusiastic remarks about the independent advisor space. Though somewhat trite (especially if you read my commentary on the first day), there was some real meaning behind it. The space is, as a function of Assets Under Management, Number of Advisors, Number of Clients, etc., growing, and it's growing rapidly.

Candidly, it's encouraging to be on what seems like the right side of history. As Clark noted, while other financial advisory models (Brokers, Commission-driven agents, etc.), grapple with policy change like "Regulation Best Interest," it's nice to know that as Registered Investment Advisors a fiduciary standard has long been in place. This isn't "new," nor is it disruptive. We've been there. We were some combination of "early" and "right."

That being said, I do think there's a danger to holding ourselves in too high regard simply because of a word, no matter how "big" that word may be. As such, I'd like to see advisors (independent or otherwise) lean more into the specifics of their business as opposed to merely recognizing that "From a fiduciary standpoint we're required to act in the client's best interest." I think there's danger in hiding behind a definition. After all, having every intention of acting in the best interest of the client and doing so in a system that may minimize conflicts of interest by cutting out commissions, etc., does not guarantee strong results. Fiduciaries can fail. Fiduciaries can lack knowledge. Fiduciaries can miss. The RIA model does not negate those risks. Being a Fiduciary is somewhere between a seat belt and an airbag, but it doesn't remove the risk of a crash.

Clark then shared the floor with CEO Walt Bettinger and later the man himself - Chuck Schwab. Those two fireside chats (Clark set beside Bettinger and Chuck individually for Q&A) were well-paced and enjoyable.

My first breakout session was with Kathy Jones, Schwab's Chief Fixed Income Strategist. It was a shot of adrenaline (which is not something you usually think of when talking about bonds) in that she had real, meaningful, tactical recommendations. To be clear, these' aren't our recommendations (though some may overlap with our thinking), nor are they recommendations. But Jones suggested the following in Fixed Income portfolios:

Along the way, she noted that global economic slowdowns have pushed foreign yields lower and, therefore, artificially "capped" U.S. yields. She noted that she's more optimistic about the economy than some of her equity-focused counterparts (presumably Jeff Kleintop, who spoke on Day 1).

Later in the day, I sat in on a family office panel. Major themes mentioned:

Tim McGraw is delivering the keynote address as I type this. He's a country singer, not an authority on investing, so yeah...I'm totally out. Bit of a swing and a miss on the booking side from my perspective, but I'm sure the room will be packed out, so what do I know.