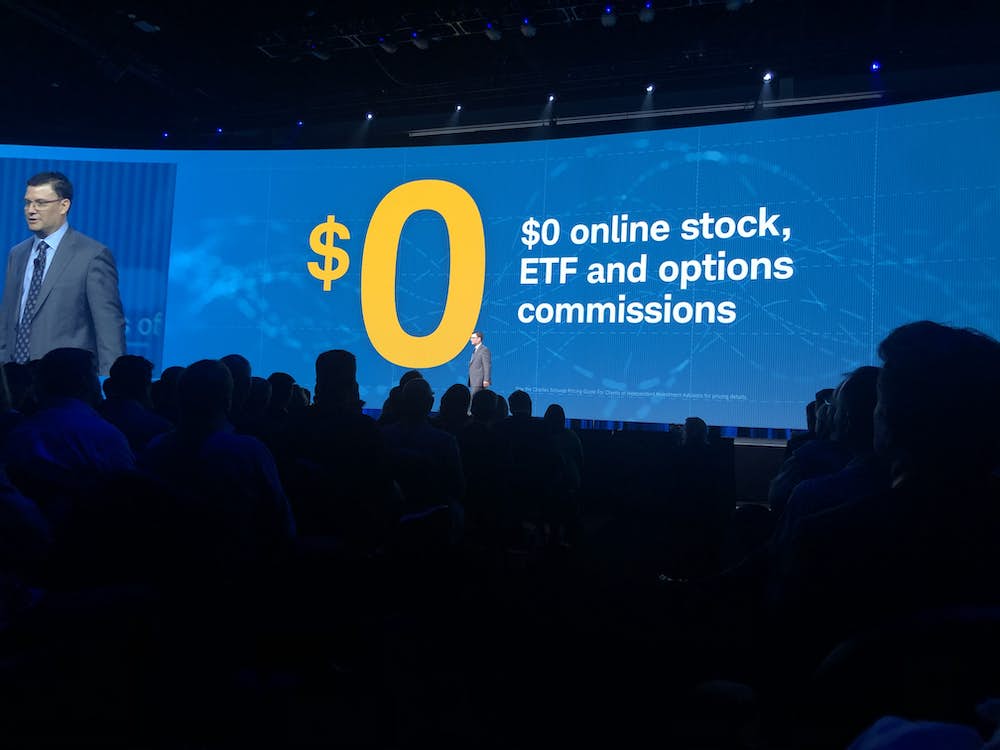 Charles Schwab, the largest custodian of independent advisor (firms like Narwhal) assets, hosts an annual conference for Registered Investment Advisors each fall. Though positioned as something of an invite-only, education-driven event, at times, it can feel more like a free-for-all political rally in which everyone is voting for the same candidate, in this instance, the well-being and growth of independent advisors (because again we are independent advisors). No one roots harder for themselves then we do.

I've attended the conference, which bounces around the country five times now -- D.C., Denver, Boston, Chicago, and now San Diego. In general, for every eye-rolling bit of self-congratulatory feel goodism, there's something productive to be found. So I keep coming back. This year I brought Andrea and Luke along with me.

Frankly, networking with other firms is invaluable. Learning from their mistakes and triumphs has been a crucial part of Narwhal's story as our firm has grown over the past few years. We eliminated minimum account sizes because of the opportunities IMPACT exposed. We added financial planning after seeing other firms do it well. You get the idea.

Additionally, some of the educational sessions and keynotes have been strong. I've heard lots of nerdy investment experts (Kenneth French, Jeff Gundlach) and big-name leaders (George W. Bush, Ben Bernanke). There's a little bit of something for just about everyone.

Through one day, the conference is taking a familiar, albeit tepid, tone. In the opening keynote session, Jon Beatty, Senior Vice President of Schwab's massive Advisor Services unit, shared insights on the industry's growth. Unsurprisingly, Schwab is excited that firms are growing their business because, ultimately, that means that Schwab is growing too. To be clear, I don't have any problem with that. But it's relatively superficial to highlight the growth of clients, growth of assets under management, growth of firms coming to Schwab. All of these things are "good" and Narwhal has indeed participated (and arguably led by some measures) in them. But it would be interesting to hear more about the challenges advisors are facing and how Schwab, a foundational component of many firms' operations, plans to help solve them.

In fairness to Beatty, he's got a tough opening gig. He has 30 minutes to rally a room full of 5,000 people (his number, not mine), and he has to hit the high points. Frankly, it would be inappropriate to bemoan struggles in such a brief, conference-opening segment. That being said, some of the talks seemed cheap...literally. Emphasizing $0 commissions seemed like a bit of an unnecessary victory lap (seeing as that's not new news anymore, and all of Schwab's competitors have also cut fees). Along those lines, saying things like "A new way for a new day," and then pausing to repeat the phrase as if it's something genuinely revolutionary rings a bit hollow.

Speaking of emptiness, Jeffrey Kleintop, Schwab's Chief Global Strategist, seems to be seeing the glass has half-empty (he's no Jameis Winston). Kleintop likened central bankers to superheroes swooping in to save markets and argued that monetary policy intervention is not enough to sustain economies. Something, most notably a resolution on trade deals, has to give in order for the economy to continue growing. He stopped shy of making a market call, and Liz Ann Sonders, Chief Investment Strategist and a crowd favorite at the conference, reiterated that the firm's stance is "neutral." She's not bearish. She's not bullish. She recommends staying disciplined on asset allocation targets. Yeah, same here.

There's a full day of content coming up today (Tuesday), and I'll try to post something daily with updates. On tap for today: